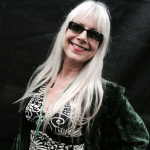 As we ring in 2015, the Cascade Blues Association is looking forward to another fantastic year of helping to bring you the best in blues musicians at our monthly meetings. Each month we will feature two great sets of music, offering artists that you may or may not be familiar with. But we know that you’re going to be entertained by a variety of artists throughout the year, and who knows, if they’re not your favorites or somebody you already know, perhaps they will be soon.

Opening the year’s performances for the CBA will be Hippie Love Slave, an eclectic mix of talent brainstormed by longtime guitarist, vocalist and songwriter Kathryn Grimm. Kathryn escaped from Seattle many years ago and headed off for Los Angeles where she took the city by storm. She performed there playing and writing with such folks as Jeff Buckley, Bo Diddley, the notorious Screamin’ Sirens, and more. She developed a love for the blues which culminated at the time in the 2004 recording Grimm Again, which was picked up by Portland’s Burnside Distribution and also received an honorable mention by NARAS, the Grammy Association. Many bands and years later, Kathryn happily landed in Portland where she says she is “finally at home.”

Kathryn’s dream band has come to fruition in Portland and they will be featured at the January CBA meeting. They include Bill Heston on keyboards, “Fizzle” on bass, and Jimi Hardin on drums. This will be a stripped down take on the band for the acoustic performance, but will still retain their self-described “blues meets psychedilia meets the best parts of 70s rock.”

For the second set of the night, we will present the Dan Hess Band. Dan has played at CBA meetings before with his former group, The Undercover Band. His new group is filled with stellar musicians who have worked with him over the years helping to provide that groove of classic blues and R&B. Dan Hess himself has been performing in Portland for the past fifteen years. The exceptional drummer John Dittmore has worked with Dan in a variety of bands over the past eight years. Tyler McDowell completes the trip as the newest member of the group, having worked with Dan for the past three years. 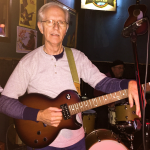 Joining the Dan Hess Band for the meeting will be special guest, Dan’s sister Sonny Hess. The Muddy Award winning guitarist and band leader has been steadily bringing some of the finest blues groupings in the Northwest with her NW Women in Rhythm & Blues Shows and her own bands, including the 2013 Muddy Award Best New Act The Vicki Stevens Sonny Hess Band.

Please join us in January and every month at The Melody Ballroom for an exciting night of blues music. Be sure to pick up your free ticket for the prize give-away drawing we will do between sets and if you feel lucky purchase one or several $1.00 tickets for our multi-CD winner take all package. Always a fun way to support the blues in our region each and every month. We’ll see you there.