You are here: Home1 / PDX Blues Event2 / Winter Blues Music Festival Gets a Jump on the Summer Music Season with...

It doesn’t have to be the summer festival season to see some of the best live music from around the nation.  The Winter Blues Festival solves that long wait for summer by bringing top national blues acts off of the big festival stages and into Portland’s own backyard for a day of music and charity while the sun is still hiding.

The humble idea for this festival began as a conversation at the kitchen table to counteract the dreary days of winter with music while giving back to charity. Now in its fifth year, it has become the most popular blues music event outside of summer.

The lineup for this year’s WBF reads like the who’s who of the blues locally, nationally, and internationally. Earl Thomas had a near death experience when he lost his footing and fell 50 feet, while walking along a ravine. After he regained consciousness, he decided to pursue his dream of becoming a singer. Nine year later he recorded “Blue…Not Blues” a record influenced by his parents. Since then he has released 13 more records. He will be recording a new album with David Fleschner and Mr Vyassa (pronounced “Vee aws”) Dodson at Dave’s Portland studio this spring. 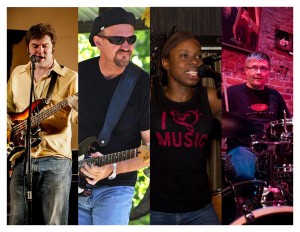 Australian born Kara Grainger has toured all over the world from the US, India, Japan, Switzerland, and everywhere in between to sellout crowds.  Robin Barrett & Coyote Kings with Tiph Dames has been setting the northwest on fire with an award nominated CD and their brand of blues rock.  Their lineup includes musicians who have recorded and performed for international audiences. 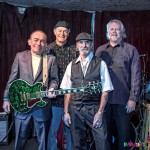 The Jim Mesi Band is an infamous staple of the Portland Blues world highlighting the guitar talents of multi-award winning Jim Mesi, who was inducted into the Oregon Music Hall of Fame. (Due to unforeseen circumstances, Lloyd Jones will be sitting in for Jim Mesi this show.) 2015 Muddy Award winner for Best Female Vocalist Rae Gordon brings her brand of blues to the WBF with special guest Big Monti on guitar.   Local artist Amber Sweeney is known for her booming voice that is soulful, but warm and gritty at just the right time. 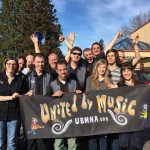 The Winter Blues Music Festival is excited to have again a special set from United By Music North America, a performance-based entertainment group that started in the Netherlands for musically talented people who have developmental delays and intellectual challenges, along with their group of mentors including national recording artists that help mentor children and young adults with disabilities who are musically inclined and help set up situations where they can perform in front of an audience. 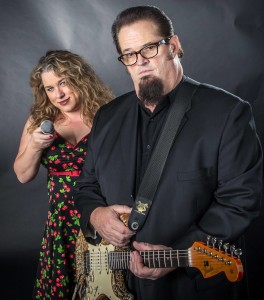 The WBF has enjoyed support from the local business and music communities and has found a home base at the Milwaukie Elks Lodge & Ballroom.  The event venue offers two stages, large dance floors, a full service bar and food menu, on-site parking and is across the street from the new MAX Orange line and bus stops.

The Winter Blues Festival has helped many charities throughout the years including C.H.A.P. (Children’s Healing Arts Project), the Oregon Food Bank and United By Music North America and this year will be no exception in giving back through music.

For those attending the festival from out of town, there are a number of lodging opportunities nearby, including the Milwaukie Inn, Econo Lodge and Kings Row in Milwaukie, Best Western Rivershore in Oregon City and Holiday Inn Express in Gladstone. There is also dry camping available at the Lodge.

Join them on March 12, 2016, listen to award winning acts and make a difference for the Oregon Food Bank and United by Music.  Please bring 4 cans of food.  For tickets, please go to www.winterbluesfest.net.  The venue is the Elks Lodge & Ballroom, 13121 SE McLoughlin Blvd., Milwaukie, Oregon 97222.

For more information or to request an interview or images of the music acts, go to Winter Blues Music Festival website, www.winterbluesfest.net or contact LeeAnn Gibbons, by email at info@winterbluesfestival.net