You are here: Home1 / 2013 May2 / Bay Area Boogie Piano Master Wendy DeWitt Back In Portland 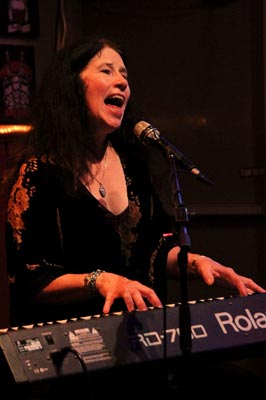 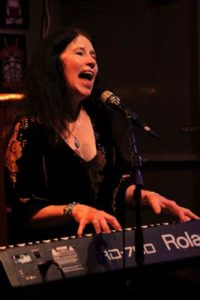 Wendy DeWitt performs a mix of boogie and blues that Robben Ford describes as “straight from the heart”. Growing up in California, she was deeply influenced by the sounds of Chicago blues and Texas boogie woogie, with particular nods to Otis Spann, Memphis Slim, Professor Longhair, Albert Ammons and her former employer Hank Ballard who called DeWitt his favorite piano player due to her full sound and two-fisted style. One of the most dynamic piano players today, her most recent album titled Industrial Strength finds her teamed up with drummer Kirk Harwood who also has an extensive background in the Bay Area blues scene having worked with Norton Buffalo, Roy Rogers and Huey Lewis. Together they have performed their lively boogie sounds up and down the West Coast and appeared at the 2012 International Blues Challenge.

Wendy DeWitt returns to Portland for a show at Duff’s Garage (1635 SE 7th) on Thursday, May 23rd, starting at 9:00 pm. Ticket price is $10.00. This is a CBA co-sponsored event with members receiving a $1.00 discount at the door when showing their current membership card.