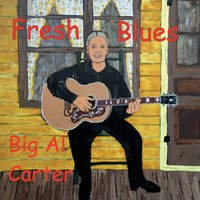 The entries for acts seeking to have their CD sent to Memphis to represent the Cascade Blues Association in The Blues Foundation Best Self-Produced CD competition were tremendous this year. We had the most entries ever with thirteen, and all were outstanding albums worthy of representing the CBA. But alas, we are only permitted one entry.

We will be sending four copies of the album to Memphis where it will be then be scored by select judges, with multiple rounds whittling down the entries to the finals where the overall winner will be announced at the International Blues Challenge finals on January 30, 2016.

Thank you to all those who submitted their discs for our regional competition. All were amazing and well deserving of being heard.

What is a Family Membership in CBA? Cherie’s Blues Highway
Scroll to top