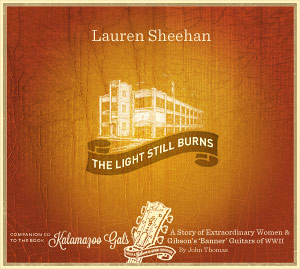 The Jim Mesi Band is back with their first new recording after several years and it is definitely a winner on all counts. I’m Ready is packed full of song selections, many that the band has showcased for a number of years, with rocking numbers next to soul and blues, all featuring superb instrumentation from the band.

Jim Mesi is a legend on the West Coast for his guitar tone and phrasing. His solos are highly imaginative and interesting every time out. Even if a song may be a tried and true standard that you’ve heard a hundred times before, Mesi can lay down a guitar pattern that will make you turn your head and note that it is something new that works perfectly. And he does just that multiple times on I’m Ready.

The band works like a well-timed engine. There are no misses or pings to be found. A true ensemble that feeds off one another musically to a tee. Ed Neumann’s keyboards are a great foil to Mesi’s guitar, blending naturally, while the rhythm section is solid with bassist Scott White and drummer Johnny Moore laying down the tempo masterfully. White and Neumann alternate throughout the disc on vocals and horn fills are provided by saxophonists Al Zion and Pete Moss.

The song offerings are terrific, with highlight covers including The Neville Brothers’ classic “Yellow Moon,” Sam Cooke’s “A Change Is Gonna Come,” John Hiatt’s “Feels Like Rain” and “Can I Change My Mind” best known by Tyrone Davis. There are also a handful of originals including a Mesi-written instrumental titled “Palm Trees” that offers nice mellow guitar work. Ed Neumann penned three of the songs with “Lonnie’s Song” and “My Monkey’s Move” both filled with humorous lyrics.

The most note-worthy track on the disc was actually recorded by Ed Neumann several years ago, without being released until now. Titled “Blues For Me,” the song is highlighted by the harmonica playing of the late Paul deLay, joining Mesi, his former guitarist from Brown Sugar and the original Paul deLay Band, for the first time on disc for many years. It is certainly a number that can bring back many memories.

I’m Ready is a welcome release by the Jim Mesi Band. It has been way too long between discs and it’s good to hear that sensational guitar playing once again, backed by a stellar band. Portland’s guitar hero is back and in a big way! 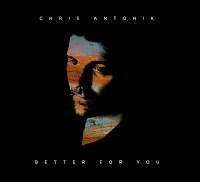 Better For You
Self Produced

There is no shortage of great blues artists in Canada these days, but this new CD by guitarist Chris Antonik just may be one of the finest releases coming from The Great White North in many a year. Recorded in Toronto, Better For You is the sophomore release from Antonik, whose first disc garnered him a best new artist nomination at Canada’s Maple Blues Award. And as terrific as that debut album was, this one takes it even a step higher.

Antonik not only proves himself as a superb guitarist, he also makes his mark strongly as a songwriter. He wrote or co-wrote ten of the eleven songs, the lone exception a stellar take of Big Walter Horton’s “Have A Good Time.” The guitar runs throughout are ingenious and exciting, rich in tone and never overplayed. He also takes on more vocals with this release and comes across with true feeling behind his words. Some of the lyrics are based on personal experiences, while he claims others are just stories he has put together. But they run the gauntlet of love lost, being on the road and the desire to be back home with family.

The cast that Antonik has put together for Better For You is like a who’s who of fellow blues countrymen and women. MonkeyJunk’s Steve Marriner, guitarist Suzie Vinnick, The Fat Cat’s Josh Williams, pianist Julian Fauth and vocalist Shakura S’aida. Also on hand is The Tedeschi-Trucks Band’s Mike Mattison. They all help to make Antonik’s album a living and breathing masterpiece.

Two discs behind him in his short career so far and both are prime examples that Chris Antonik is a blues star rising. Make note of this artist and take a listen to Better For You; he is pretty convincing of his talent.

Out Of My Mind
Yellow Dog Records

In the opening two-part “Ol’ Mama Dean,” Cassie Taylor tells the story of an abused woman who finally takes measures into her own hands and kills her partner. It is the extreme and she knows she will have to pay for her crime, but alas she now has freedom for her pain. It is an example of the detailed story-telling that Taylor has developed in her young life. But though she may be only 26 years old, she has already seen and worked the musical circuit for more than a decade, first accompanying her father, Otis Taylor, in his band as a vocalist and bassist, and several years on her own and touring with fellow young female artists Dani Wilde and Samantha Fish.

Cassie Taylor is a strong person and a strong songwriter. Her songs may often take on personal themes, but also like her father, she is not afraid to speak her mind or let her political stance show through. On her debut Yellow Dog Records release, Out Of My Mind, her lyrics are terrific and captivating. She also provides work on the piano, Hammond organ and theremin as well as her bass playing and singing.

Most of the songs feature just her in a trio format with drummer Larry Thompson and guitar whiz Steve Mignano, who has worked with people like Chick Corea, Joe Zawinul, Jean-Luc Ponty and his own fusion band Tribal Tech. It is Mignano’s interactions with Taylor on the disc that really make each of the songs speak out loud. Trumpet player John Gray also adds the right amount of flavoring on tracks like “New Orleans” and “Forgiveness.”

Taylor does not offer blues in your traditional 12-bar manner; instead bringing forth her own take on modern methods to the genre. She states that it is more a sign of the times and the music influences that she has been exposed to. Who knows whether Muddy Waters or Memphis Minnie would have had a different sound today if they had been exposed to the diversity of electronic music, punk rock or West African psychedelic rock. This is her version of the “blues as a continuum connecting the past and the present.”

There is plenty to enjoy on Out Of My Mind. She gives her boyfriend the very open hint to “put a ring on my finger” in “No Ring Blues.” The life-long commitments that lovers make in “Lay My Head On Your Pillow.” Her sensational vocals alongside acoustic guitar and trumpet on “Forgiveness.” And closing the disc with “Alone,” featuring Taylor on piano along with guitar interplay from Mignano. The song is beautifully done and the perfect track to close out a well put together album.

Cassie Taylor continues to grow as an artist and is destined to take the forefront; as if she has not already done just that already in her brief career working with younger musicians and holding a spot on The Blues Foundation’s board of directors. A mover and shaker in the newest of the blues’ generations, expect to see Cassie Taylor remain in the spotlight for many years to come. 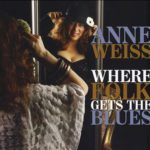