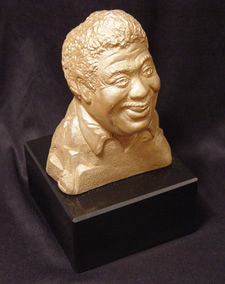 Every September, the Cascade Blues Association solicits award nominations from the CBA Membership. The top three nominations in each category are used to form the official Muddys Ballots. In October, the ballots are mailed out to the CBA Membership. The votes are tabulated in time for the November General Meeting, where the winners are announced. Over 1,000 CBA members participate in the Muddy Awards process, making it one of the most prestigious blues awards in the world.