You are here: Home1 / Damon Fowler 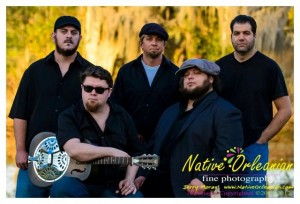 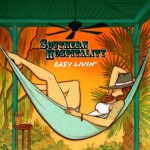 There have been many attempts over the years to put together “super groups” of multiple talented artists. Sometimes they work and other times not. Southern Hospitality were three good friends who were performing at an event with their own individual bands when they happened to be placed on stage with one another and really dug what they heard. Damon Fowler, J.P. Soars and Victor Wainwright liked it so much that they decided to do some tour dates with each other and to release a recording. That recording, titled Easy Livin’ is an outstanding collection that proves these guys should be playing together. And though it may not be in their own individual styles necessarily that you’d hear each of them at their own shows, it is a fantastic blend of all things that are good in Southern music.

Fowler and Soars each offer monstrous guitar work and Wainwright just might be the finest piano playing bluesman going these days (as recently noted by his being named the Pinetop Perkins Piano Player of the Year at the Blues Music Awards). Filling out the band are bass player Chuck Riley from Damon Fowler’s band and drummer Chris Peet from J.P. Soars outfit. Fowler works quite a bit on the disc on lap-slide guitar which delivers some really fine flavor to the mix.

The song selections are reminiscent of great Southern artists ranging from The Allman Brothers to Jerry Lee Lewis to Little Feat to Paul Thorn. It encompasses R&B, soul, gospel, country and jazz all within its own blues takes. The guitar playing on Willie Bobo’s “Fried Neck Bones and Home Fries” is inspiring with Wainwright laying down killer organ passages. Other tracks catching my attention are “Long Way Home” that captures J.P. Soars at his finest on slide with his vocals which are nearly Howlin’ Wolf-like, the frivolity of the western swing piece “Mile After Mile” that sounds very much like a tune you’d expect from Dan Hicks & His Hot Licks with a fun little whistle thrown in during each chorus that’ll have you smiling, Wainwright’s boogie intensity alongside Fowler’s lap-slide and Soars’ quick guitar pace on “Don’t Boogie Woogie” is sheer enjoyment, and the closing beauty of the trio on “Sky Is What I Breathe” accompanied by a lone guitar, it reminds me somewhat of Susan Tedeschi and Derek Trucks’ song “Back Where I Started” with its ability to set emotions loose in its pureness.

While Southern Hospitality is a collection of outstanding blues artists in their own right, they have discovered a powerful arrangement here as a collaboration. This is one super group that I would love to hear more from. Easy Livin’ is a modern Southern classic. Not a blues classic, not a rock classic . . . just a classic all-around recording no matter what form of music you prefer. Thumbs up for a stellar disc!