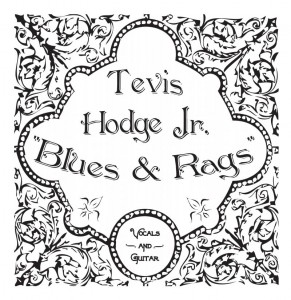 Tevis Hodge Jr. has certainly had a busy summer. Besides winning the Cascade Blues Association’s Journey to Memphis competition as a solo entry, he has also crafted this outstanding five-song EP. Titled Blues And Rags, this is completely original material that shows his deep understanding of early blues forms and sounds. The guitar work on this solo effort is impeccable. Nice clean sound and tone with spot-on phrasing. The fact that he can sound like the musicians of the 1920-40s Delta and Piedmont is uncanny. In fact, the second number on this album, “Ain’t No Tellin’,” comes across as a long-lost Mississippi John Hurt piece; though I am pretty sure that Hurt would’ve never thought of the phrase about his good girl busting a cap in you. Hodge’s charcoal-infused vocals fit the numbers precisely and add an even more in-depth feel for artists from those by-gone years. Good blues is timeless. These tracks sit well alongside masters like Son House or Rev. Gary Davis.

I find myself listening to the CD endlessly. As soon as the five songs finish I just keep it rolling over and over again and discovering more appreciation for such exceptional creativity. I once called Tevis Hodge Jr. on stage a young man with an old blues soul. These selections bear witness to that. He has said that he is working on more material for a future full-length album; that has me in heavy anticipation waiting to see what he will do next. Definitely an artist I will keep a close eye on and I suggest you do the same. Start off now and pick up this incredible debut recording. If you’re a fan of acoustic and early blues, it will fit your listening ear perfectly. 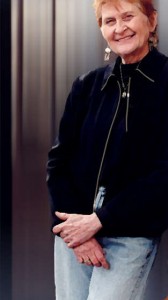 Please keep Alice Stuart, one of the greatest musicians of the Pacific Northwest in your thoughts and prayers as she experienced a medical emergency this summer. Alice has had to cancel many of her scheduled shows over the past couple of months to take a leave from performing for the time being, following guidance from her doctor. A special fundraising event will be held in Seattle on September 29th, featuring an all star line-up. If you would like to help out, you may go to  her GoFundMe campaign at http://www.gofundme.com/450q2w.

Alice Stuart is a musical legend, having first recorded in the 1960s and influenced many of folk and blues best known female artists including Bonnie Raitt. She was a member of Frank Zappa & The Mothers of Invention, performed at the 1964 Berkeley Folk Festival, has released albums on the Arhoolie and Burnside Record labels, performed on the Dick Cavett Show and the BBC’s Old Grey Whistle Test, represented the Cascade Blues Association and Washington Blues Society at the International Blues Challenge, most recently led the band The Formerlys, and has regularly performed at numerous venues throughout the Northwest including a monthly show at Portland’s LaurelThirst Public House. There are not many artists who can claim the credentials and talent of Alice Stuart.

The Cascade Blues Association wishes to send its love and best wishes to Alice Stuart for a speedy recovery and return to the stage. The Northwest music scene is a better place with Alice being a part of it.

Live From The Vault
Self Produced 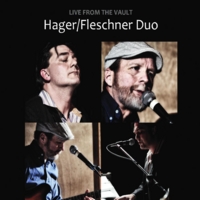 This is an engaging live recording by two of Portland’s most talented musicians, keyboardist Dave Fleschner and guitar master Alan Hager. Both have extensive backgrounds in the local and national blues scene, but pairing the two together was simply a stroke of genius. Recorded at The Vault at O’Connor’s in Portland’s Multnomah Village neighborhood, the duet strolls through eleven numbers covering a wide variety of music history and they place their own unique touch on each.

Dave Fleschner’s piano work shows exceptional range, whether it’s a stride, New Orleans boogie or a Otis Spann-styled Chicago number, he can do it all with precision and flair. He END_OF_DOCUMENT_TOKEN_TO_BE_REPLACED 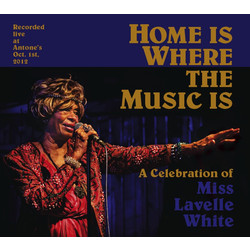 Miss Lavelle White is a Texas icon. She first recorded in the late 1950s for Don Robey’s Duke and Peacock labels scoring on a string of hit singles and writing songs for others, such as the classic “Lead Me On” for Bobby Bland, yet did not record a full album of her own until 1994 at the age of 65. She has influenced numerous artists, both while living in Chicago and her current home in Austin, where she held a long-time residency at Antone’s.

Like many musicians as they start to age, White found herself in assistance in order to keep a home of her own. That is where HOME stepped in. An organization started by a group of female musicians and entertainers in the Austin area aimed at providing housing and assistance to musicians in need. An all-star concert was put together for White at Antone’s, held on October 1, 2012,bringing together some of the very finest that Texas has to offer. Coming to her aid in performance were people like WC Clark, Sarah Brown, Guy Forsythe, Marcia END_OF_DOCUMENT_TOKEN_TO_BE_REPLACED 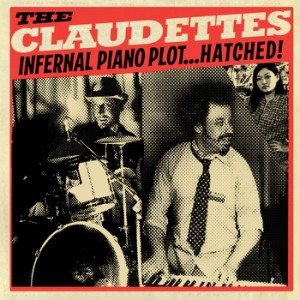 The idea of a piano-drums duet may bring up visions of Otis Spann and SP Leary working together, but in the case of The Claudettes you may be surprised by the diversity of their musical direction. More so in the likes of the late New Orleans piano-man James Booker, they can wander off to approaches that may begin with a blues theme, but can instantly cut into a classical or jazzy instrumentation that offers something entirely different than first expected. Something that has been referred to as “a fanatical fusion of blues and soul-jazz, like Ray Charles on a punk kick.” Whatever you may want to label it as, the thirteen instrumental selections on this debut END_OF_DOCUMENT_TOKEN_TO_BE_REPLACED

The Oregon Music Hall Of Fame will be holding their 2013 induction ceremony and concert at The Aladdin Theater, 3017 SE Milwaukie, on Saturday, October 5th, beginning at 7:00 pm. Of the nine individuals and bands to be inducted this year, blues artists Kelly Joe Phelps and Janice Scroggins are amongst the honorees. 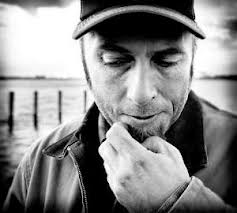 Kelly Joe Phelps grew up on folk and country music but gravitated to jazz and playing bass. He began discovering the legends of acoustic blues and moved to playing blues and roots influenced music on guitar. He released his debut album Lead Me On, on Portland’s Burnside Records in 1995. He has since released an additional 10 albums moving into many different directions of roots music including his critically acclaimed 2012 release Brother Sinner & the Whale. He regularly tours around the world. 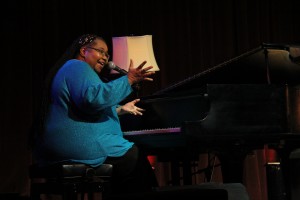 Janice Scroggins moved to Portland in 1978 and has been a permanent fixture on the music scene here. She was part of the band The Esquires who made three albums with Portland’s Flying Heart label, her solo album Janice Plays Scott Joplin was well received and received a Grammy nomination. She’s one of the most in-demand pianists in town playing with the likes of Norman Sylvester, Lloyd Jones, Thara Memory, Curtis Salgado and Linda Hornbuckle to name a few, both live and in the studio. She can play all genres of music but is most heard on the blues and gospel scene. Her second release came out in 2009, a duet album with OMHOF inductee, Linda Hornbuckle.

The OMHOF will also honor Curtis Salgado’s album Soul Shot as the 2012 Album of the Year. Soul Shot was his first solo album to come out on Alligator Records. It also proved to be the best album of his career. Curtis picked up a Muddy Award for “Best National Blues Album.” He also recently took home the Soul Blues Album of the Year Award along with Soul Blues Male Artist of the Year and B.B. King Entertainer of the Year honors in Memphis at the Blues Music Awards.

The Oregon Music Hall Of Fame Induction Ceremony and Concert serves as a fundraiser for the organization’s efforts to support music education in Oregon schools. This year’s concert line-up will feature emcee Tony Starlight, Quarterflash, Richmond Fontaine and The Kingsmen who are celebrating the 50th anniversary of their timeless hit “Louie Louie.” Fifteen autographed guitars will be sold by auction with 100% of the proceeds supporting music education.

Tickets are $25 in advance, $30 at the door. VIP tickets, which include prime seating and other amenities, are available for $100. Along with admission to a catered after-party with inductees, VIP ticket-holders will receive an autographed Gary Houston poster. Tickets are available at www.ticketfly.com and at the Aladdin Theater box office. For up to date information, check out www.omhof.org 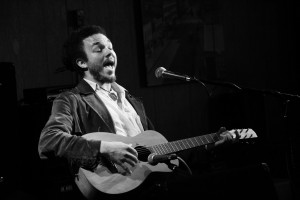 Please plan on attending the second fundraiser to raise travelling expense funds to help send Tevis Hodge Jr back to Memphis to participate as the Cascade Blues Association’s representative at the International Blues Challenge this January. Though Tevis received prize money for winning the Journey To Memphis competition, it still will not cover total costs for airfare, hotel and meals.

On Friday, October 25th, Tevis will be appearing at The Central Hotel, 8608 N Lombard, in the heart of the St Johns neighborhood. Showtime is 7:00 pm and admission is $5.00. The Central Hotel serves incredible food and they’re well known for their vintage bar and drinks. Tevis will have copies of his latest recording available at the show, as well as a handful of the limited edition copies that he still has left with an alternate cover. Help send Tevis back to Memphis and come to this event. 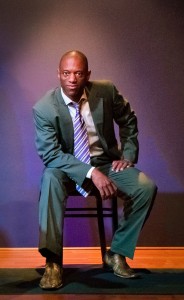 Blues legend, two time Grammy Award® nominee, and four-time San Diego Music Awards winner Earl Thomas will headline an all-star gathering of musicians at the Alberta Rose Theatre in Portland on Sunday, October 27th to help The Blues Foundation in their quest to open a Blues Hall of Fame museum in Memphis, TN. The line-up is a diverse amalgamation of musicians from various genres coming together to perform in America’s most original musical form, the blues. 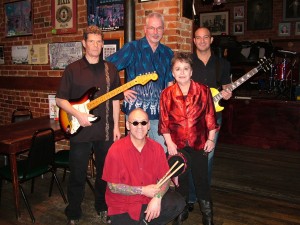 Can you think of better band to spend Halloween night with than The Boneyard Preachers? One of Seattle’s top blues acts, they will be taking the stage on Halloween night, Thursday, October 31st at Duff’s Garage, 1635 SE 7th, for a 9:00 pm show. Fronted by the Northwest’s legendary harmonica ace Mike Lynch, The Boneyard Preachers is an all star unit of some of the Puget Sound area’s top musicians, Tim Sherman and Steve Yonck on guitars, Conrad Ormsby on drums and Patti Mey on bass. These outstanding musicians have played with many of the top acts around Seattle before forming The Boneyard Preachers, including work with people like Doug Powell, Kim Field, Paul Green and Doug Lynn. They play straight ahead traditional blues with Texas guitar and Chicago harmonica, their take on the blues is exactly the way it should be and they do it exceptionally well. 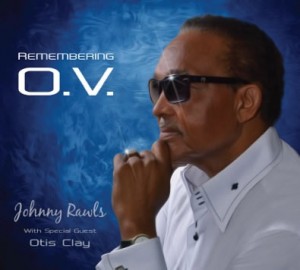 Lovers of classic soul music have definite reason to jump up and shout. Without doubt, OV Wright was one of the true icons of the musical genre, and now we are blessed with a new recording from one of the modern masters paying tribute to his mentor. Johnny Rawls has one of those voices that can emote passion and deep feelings with natural ease and grace. Like Wright, this guy could probably sit down at a Waffle House and read the menu out loud and make it sound like the most soulful tune you’ve ever heard. Wait. Did I say one of the masters? There are actually two, as Rawls is joined on three numbers by Blues Hall of Fame inductee Otis Clay which is pure ecstasy for all.