Janiva Magness has created perhaps her most compelling and emotional album of her career. It is a masterful performance that easily 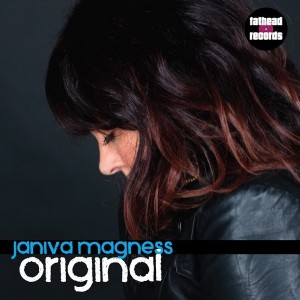 overshadows all that she has released before. That in itself is saying a lot as she has had a number of excellent recordings that have placed her amongst the best blues artists already. But she has surpassed all expectations with Original and continues to dazzle and amaze with her exceptional talent. This is without doubt a defining achievement

Original combines eleven very personal songs, seven written by Janiva herself, that speaks volumes about herself. Blending the words behind a bluesy and soulful delivery, her vocals are on top of her game, something that has truly come about from years of progression as one of the genre’s elite singers. There is a lot of passion that comes across, that can stir emotions while listening to her expressive heartfelt lyrics. That is a sign of a master. Somebody who can make you feel exactly what is going on within themselves as they tell you their story of life’s challenges and how they cope and overcome those situations. Janiva has seen a lot of heartache these past few years, with divorce, the deaths of several close people in her life and a frightening neck injury. This turmoil provided the spark behind her taking her pain into her songwriting and she bares herself, letting us share what she has gone through. And that is what the blues can do when handled correctly. It is all about life and its challenges.

The theme of loneliness, loss and grief are expressed through numbers like “Let Me Breathe” and “When You Were My King.” She digs deep within herself as she asks “Who Am I.” She’s ready to take on new relationships under her own terms on “I Need A Man,” and that past hurt has left her feeling a touch of bitterness on “Badass” where she lets us know she is going to live her own life or that she is tired of lies and pretending on “Mountain.” But going through these tribulations only makes her stronger as expressed on “Twice As Hard” and there is still hope in her heart on “Everything Is Alright,” “With Love” (a duet with Dan Navarro) and the beautiful closing track “Standing.”

After several years of recording on the Alligator label, Janiva took a chance on herself by releasing Original under her own label, Fathead. When you walk away from somebody that has such a highly recognized reputation for their product and promotions like Alligator, you have to be very confident in yourself and the material you are creating. Janiva has confidence in spades, and Original is an album that will receive notice and success. If you have been moved by Janiva’s music in the past, wait until you hear Original. Simply said, it is one for the ages and will be certainly be proven over time as one of today’s modern blues masterpieces. It doesn’t come much better than this. A crowning achievement!