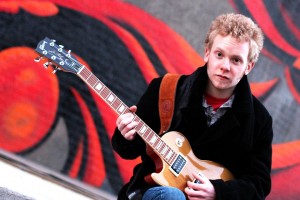 At just 18 years old, young blues-rock slinger Matthew Curry has been receiving a great deal of acclaim as the next bright star amongst guitar heroes. Possessing mature vocals and a true knack for awe-inspiring guitar work that belies his age, Matthew Curry and his band The Fury have been amassing a great deal of recognition over the past couple of years. Now touring in support of his second release, Electric Religion, he has traveled across the country, playing major festivals such as the Chicago Blues Festival, Telluride, Mississippi Valley Blues Festival and King Biscuit Blues Festival. He has performed with and earned praise from artists like Tommy Castro, Bryan Lee, Bernard Allison and Ronnie Baker Brooks.

Doors open for this show at 5:00 pm. Tickets are available in advance through mcmenamins.com or at the Crystal Ballroom box office for $12.00, or $14.00 day of show. This is an all ages event.